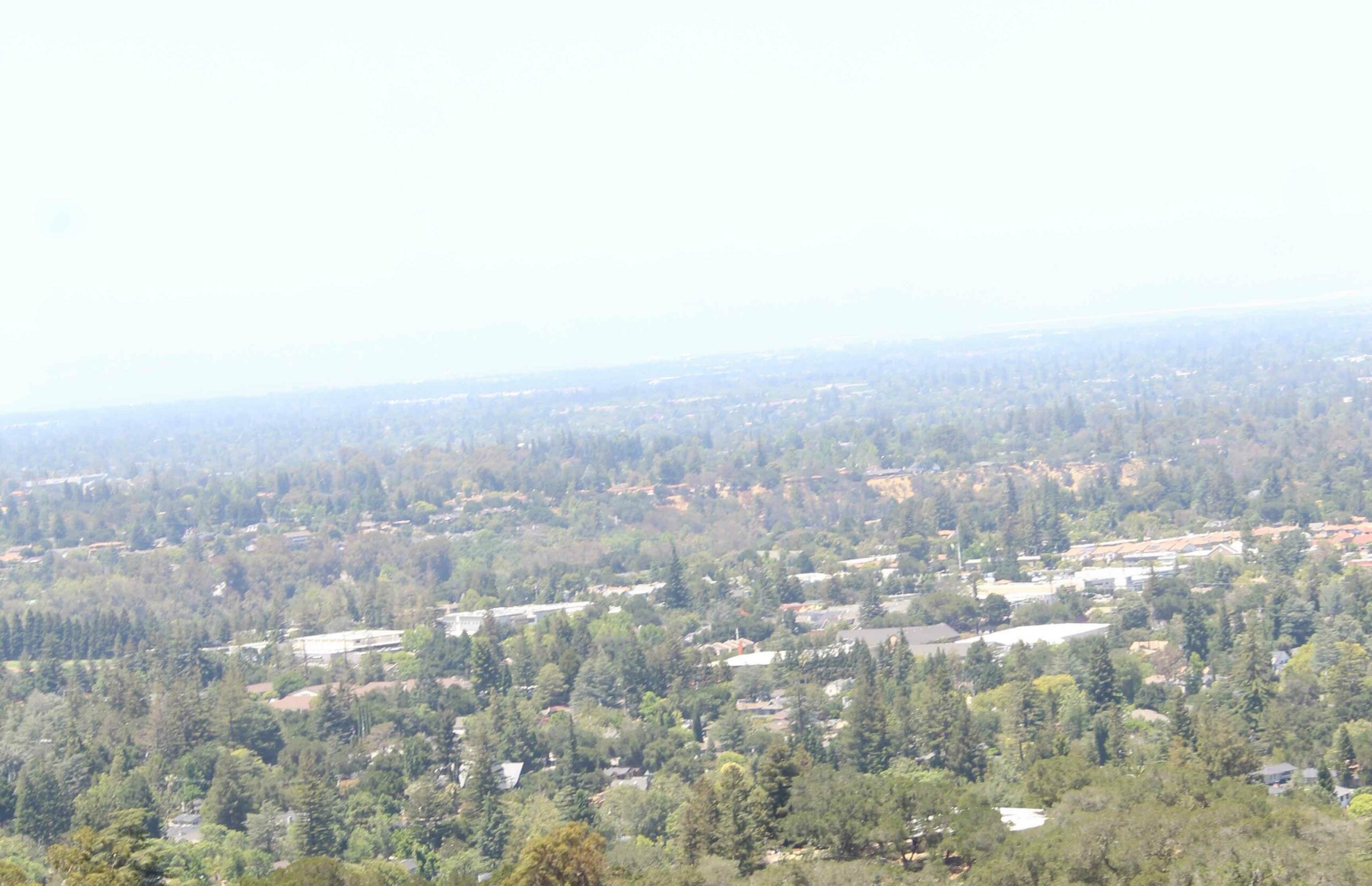 On June 30, Los Gatos adopted a General Plan that takes strides toward making the community a more welcoming place for people of all backgrounds, while restricting the number of homes that will be allowed to sprout in some areas.

The document, which will guide planning decisions over the next two decades, tells a more complete picture of the community’s history, features a Racial, Social and Environmental Justice section for the first time, and sets out more inclusive goals for development.

Council members tried to pave the way for some residential growth—at least as required by the State—while still preventing increased development on wealthier, single-family home land.

But it was a fraught process that left a couple elected officials frustrated by the end of it.

Mayor Rob Rennie’s creative solution from the last meeting—to create a new density class between Low and Medium categories, while reverting Low Density Residential to current levels—was out the window, after staff recommended against it.

However, what remained was the decision not to up-zone those single-family home areas.

Councilmember Marico Sayoc said she originally thought 10 units per acres in Low Density Residential, as recommended by Planning Commission, was appropriate; she was persuaded to support Rennie’s motion to drop that all the way down to a maximum of five dwelling units per acre, due to concerns about wildfire risk and because Rennie had allowed Medium Density maximums to rise to 22 units per acre (up from the current level of 12).

But he also included a loophole, where Medium Density parcels will still revert back to 2020 General Plan levels (the level Low Density Residential was to rise to in a previous draft) if they are found to be in the high fire hazard zone.

And while staff did a quick tally to confirm the estimated number of future housing units wouldn’t drop below the figure mandated by Sacramento, they admitted they didn’t have time to calculate reductions based on this new approach.

It’s unclear how many fewer homes Los Gatos will feature in the years to come thanks to this maneuver, but Councilmember Mary Badame said she believes these fire danger zones blanket “half” the town.

Los Gatos is required to make way for 1,993 homes, as well as a likely 15% buffer—so 2,292 units total—in the upcoming eight years; that’s its obligation for the next so-called Regional Housing Needs Allocation period. It will have two more of these RHNA cycles that overlap with the General Plan approved June 30.

Unlike other meetings, where a parade of residents implored Council not to up-zone the town, this time, multiple voices spoke for maintaining density increases.

Former Planning Commissioner Jeffrey Suzuki was one of them, arguing that boosting housing production would open the door to a more diverse community.

“Please do not downsize the number of units,” he said, pointing to how just a handful of Los Gatos High School students are Black. “We have to make it economically possible for people from marginalized communities to live here.”

Quinn Morgan, 23, pitched that more affordable housing would strengthen the fabric of Los Gatos life, and help younger Los Gatans to continue living in their hometown.

“The problem I have—as a so-called privileged white person—is, I’m not sure that a lot of people take into account what the racial diversity of the town actually is,” he said, noting his neighborhood—and his own family—is made up of people of different racial backgrounds.

Councilmember Matthew Hudes came up with a motion that would have eliminated increases to Low Density Residential and Medium Density Residential, dropped mixed-use down to a maximum of 30 units per acre, reduced High Density from 40 to 30, eliminated changes to the Central Business District (76 units), assumed 116 new homes in the hillsides (instead of 0 recommended by staff) and 250 units created by the SB9 process (also currently not factored into planning estimates). His proposal would’ve still allowed an expected 313 units of growth in Office Professional and Service Commercial.

This would’ve slashed the total number of housing planned over the next two decades from the nearly 4,000 units put forward last year, to just 2,656 in total.

Crucially, it provided for 2,356 units within the upcoming RHNA cycle—an apparent recalibration after Council voted at its prior meeting against his idea of allowing just 2,292 homes through 2040, which staff said could lead Los Gatos to run afoul of State law.

Vice Mayor Maria Ristow said the new motion didn’t respect the hard work done by the General Plan Advisory Committee and went with an arbitrary number for SB9 housing units that might be created, since housing authorities haven’t provided guidance on this yet.

Community Development Director Joel Paulson said if Mixed Use and High Density were taken down to 30 units per acre, it would severely handicap the Town’s attempts to have its housing plan—a separate ongoing process—approved by the California Department of Housing and Community Development.

That’s because the densities there would then be so low that planners couldn’t count these parcels towards the Town’s affordable housing requirement.

That’s when Rennie made a motion to nix up-zoning in Low and Medium Density categories, and to reduce housing in Office Professional and Service Commercial by 199 units.

Planning Commission had recommended eliminating all 313 additional units, but staff later discovered they legally had to allow at least 114 of these to remain.

This would have brought the total housing to 2,933—lower than the next RHNA by 60 units, plus buffer (when 400 units of existing projects and 300 anticipated accessory dwelling units are subtracted), but possibly passable, staff said.

Rennie clarified that he wasn’t factoring any SB9 development into his motion.

Sayoc suggested adding Medium Density increases back in (263 units), and Rennie went for it, bringing the total to 3,196 units.

However, he also added the implementation program to not allow this increase in high fire risk zones, which he said “will knock back some of those 263 units.”

The compromise motion won the support of Sayoc and the Vice Mayor, but Badame and Hudes were strongly opposed.

Along these lines, the General Plan and its Environmental Impact Report were adopted 3-2.

That means Los Gatos now has a General Plan that—after factoring in the 400 residences already in the pipeline, the 2,292 homes in the upcoming RHNA cycle, and the 300 granny flats expected to follow—still only leaves room for 200 homes to be built between 2031-40.

So, under the General Plan, aside from by-right development, Los Gatos is planning to build just 22.67 homes each year within that period; elected officials also decided to review the progress every five years, as well as after the first 1,000 units come on line.

Yet Hudes and Badame were not happy; both expressed their fury matter-of-factly.

Badame said the Land Use portion of the General Plan is now out of step with the desires of the community, and suggested there isn’t a true accounting of the environmental damage impending development will cause.

‘I think this General Plan is Strong’

Before the vote, Hudes predicted if Rennie’s motion passed it would lead residents to launch a voters’ initiative against it. Afterwards, he made a motion to rename Medium Density to High Density, and to change the name of High Density to Very High Density.

This passed 3-2 when Rennie joined Badame and Hudes in support, saying it doesn’t really matter what they’re called.

“I believe that this is an area where there are differences in the community and differences in the council, and I think that staff has to remain neutral,” he said, while simultaneously thanking staff for all their hard work. “I suggest that Town management look closely at some of the Town practices that occurred here…We Council members deeply appreciate the efforts…but also raising the thought that there is no place for bias in municipal management.”

“Kind of a backhanded compliment,” he said.

The mayor specifically congratulated Planning Manager Jennifer Armer for “a job well done” over the long road to bringing the 2040 General Plan to life.

Sayoc took it upon herself to back Town staff, too, noting they were doing their best to follow input from Council, the State government and the wishes of the community.

“I respect that there’s a difference of opinion,” she said. “But what I don’t think is fair, is to think that just because we don’t agree, there’s something manipulative in the result that got us to this point.”

Ristow said she can’t imagine getting better advice than what staff provided.

“They care about this town, and they are professionals,” she said. “I think this general plan is strong.”