Council began to get into the nitty-gritty of where new housing should go, during its meeting June 7, as it approved a place list from the Housing Element Advisory Board.

Associate Planner Jocelyn Shoopman introduced the item, explaining the locations had been organized into three categories by planners, with Tier 1 being the best choices for the 1,993 homes Los Gatos must plan for.

The locations include areas along Los Gatos-Saratoga Road, Los Gatos Boulevard, North 40, Lark Avenue and Knowles Drive, among other places around town.

Councilmember Mary Badame said she was confused about why the Draft 2040 General Plan was being used to guide Housing Element decision-making.

Community Development Director Joel Paulson reminded her there’s already a strong recommendation from the General Plan Advisory Committee—as well as the Planning Commission—about what the 2040 General Plan could look like.

“Should that be modified or not adopted, then we will have to revisit adding additional programs to potentially up-zone some of the General Plan designations,” he said. “We’re going to see different iterations of this as we go through this process.”

Very quickly, an apparent tussle over what should happen on Phase 2 of the North 40 project began to emerge.

The only speaker during the public comment period, Don Capobres, representing the developer of the North 40 project, Grosvenor Americas, sought to lower expectations about what might happen in this section of town.

“Unfortunately, complicated building types that require structured parking are just very difficult to make feasible at this moment, and our housing legal counsel has stressed the importance to us of being realistic about the housing that we can deliver when it comes to the Housing Element,” he said. “We hope…that the General Plan density, however, remains at 20 units per acre—if not more—for the North 40.”

Capobres said the developer team continues to work with Eden Housing on delivering affordable homes, but said what planners have suggested should go into Phase 2 isn’t possible.

“We do not anticipate developing a project that includes the exact affordability mix shown,” he said. “We are very hopeful to deliver more housing, as the economic future becomes more clear.”

Some residents believe 20-40 dwelling units per acre should be built in Phase 2 of the North 40, with much of it as affordable housing, to cover much of the below-market units Los Gatos is required to build.

Housing advocates worry this approach is designed to keep low-income community members away from the upmarket hillside and single-family home areas.

But Badame said she’s concerned that building below-market units in the hillsides would be a burden for poorer residents, given the challenges of finding insurers to provide coverage.

“A lot of Los Gatos is in a wildfire area, and it’s a huge concern,” she said. “So, if we’re going to place homes to serve the low-income category, I think that’s gonna put a hardship on them if they’re placed in some of these areas that we have.”

She specifically referenced the 352 proposed units at Los Gatos Lodge and 207 units proposed at Alberto Way.

“We have to consider that in this stretch alone—with two-car households—that you could easily have in excess of 2,000 vehicles, in a quarter of a mile, navigating one lane of ingress, one lane of egress on dead end streets,” she said. “I think it’s imperative that we consider safety, traffic management, and—most importantly—not endangering our public in the event of a catastrophe.”

Paulson said none of the sites being considered technically fall within the wildland-urban interface.

Councilmember Matthew Hudes said it’s important for Council to decide whether to organize housing based on locating the densest housing sites next to transportation corridors or spreading units evenly across town.

Mayor Rob Rennie asked if the Vasona Shopping Center wasn’t included in the sites inventory because the owner wasn’t interested in building housing there.

Staff confirmed this to be the case, “—and based on some of the long-term tenants,” and in a response to another question from Rennie, noted 96 potential units had been included for 206 Knowles Drive.

Hudes made a six-part motion: 1. Do not exceed the RHNA allocation by more than a 15% buffer, but analyze additional sites that could be included if HCD rejects the Town’s Housing Element. 2. Develop principles for choosing sites. 3. Make projections for how the new SB9 law could contribute to growth. 4. Either keep the North 40’s 282 units from Tier 1 or increase the number of units to align with a 30-unit-per-acre standard, so it approaches 553 units. 5. Get a vote from HEAB on sites meeting set principles and development criteria. 6. Bring work product back to Council with recommendations.

Vice Mayor Maria Ristow, a HEAB member, said she’s concerned a 15% buffer above the required 1,993 units might not be enough to appease Sacramento.

Paulson said 15-30% seems to be the current guidance on what is prudent to include.

“There are other jurisdictions that are using higher buffers, but we plan to move forward with the 15% buffer,” he said.

“Could we just use the conversation tonight to move things around?” she asked. “I think we’ve already identified what is possible.”

Rennie said he wouldn’t support Hudes’s motion because that would lead to starting the site selection process all over again.

“I think it would be ‘bait-and-switch’ to tell them to go back to start over with a new set of parameters,” he said. “I think at this point it’s down to the Council to do the work to figure out what we want where.”

With just Badame and Hudes in support, the motion failed 3-2.

Ristow made a motion to approve the sites in the report as-is. Sayoc seconded it.

Hudes asked for a friendly amendment that would include projections related to SB9-sparked development.

After getting input from staff that this could be done relatively easily, she agreed.

And even though the Vice Mayor had acquiesced, Hudes still didn’t support the motion.

Yet the motion still passed 3-2, with Badame joining in opposition. 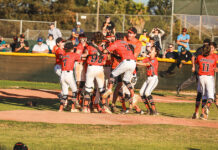 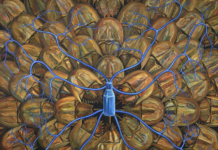