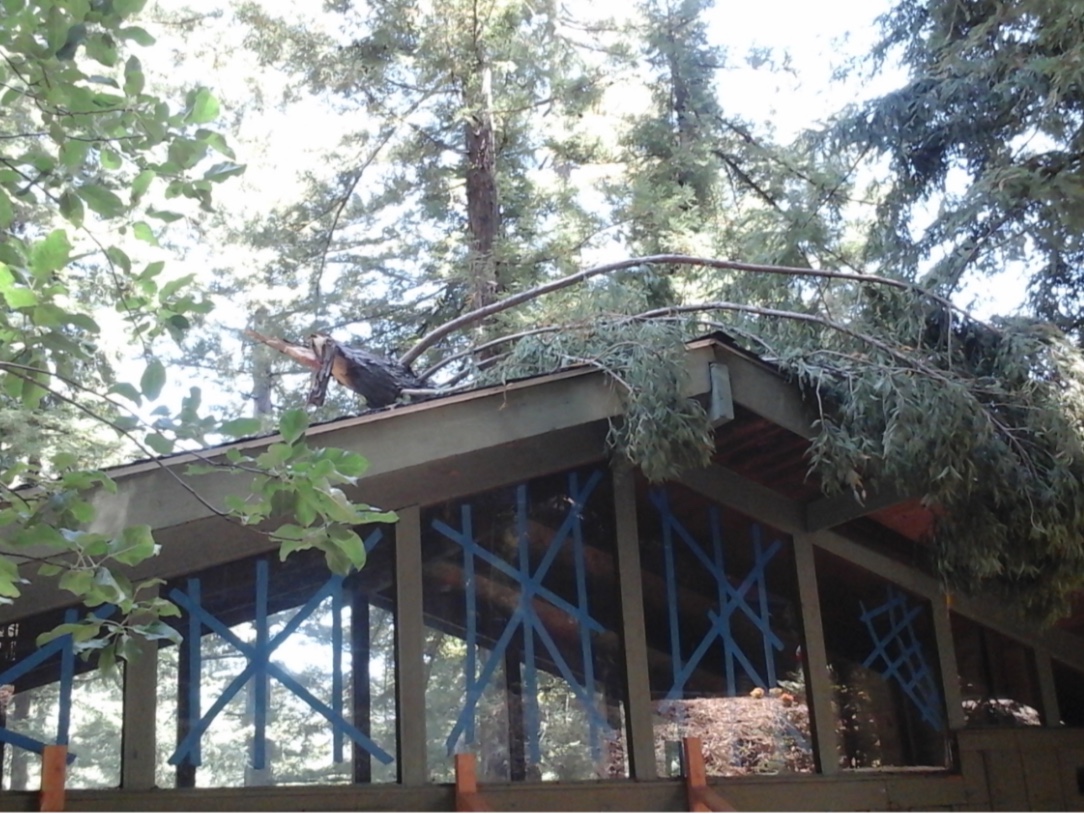 The Santa Clara County Department of Planning and Development has been preventing a homeowner in the Lexington Hills area of Los Gatos from accessing public documents needed to fix damage caused by the storm that sparked the 2020 CZU Lightning Complex fire.

A Department of Environmental Health official tried to find out what steps Sidney French would have to take to get her insurance company to pay for repairs before the two-year approval period expired this week, but was rebuffed by the County’s Code Enforcement division.

“Whenever you do any kind of repairs to the house, the first thing you have to do is get septic clearance,” French said. “I’m making these requests for public information—for what’s involved in getting septic clearance and they’re not giving it to me—because they say I rebuilt my house without permits.”

French maintains that her home was built in 1930 and was never rebuilt—with or without permits. There is a home that was destroyed down the hill from where she lives, which French believes may have confused a County inspector who filed a violation in the 1990s saying her home was demolished and rebuilt without permits.

She believes two permits for her house were used for the home across the road, and she wants them back in her file. Two neighbors have submitted signed statements confirming French’s house was never rebuilt.

The previous owner of her home also owned the property across the road. He told the Los Gatan that French’s home is decades old and that the house he built is the one across the street.

The County claims it can no longer find key documents that French previously accessed back when she was researching for a water system in the Call of the Wild area in the early 1990s.

On Friday, French made a last-ditch attempt to get around the County’s unwillingness to help her repair damage caused by a 35 foot section of a redwood tree landing on her roof and slamming into one of her walls during the CZU storm.

“I am overwhelmed and not understanding the process needed for required clearance from your department so that I may proceed to the next steps,” she told Ross Kakinami, an environmental health specialist with the Department of Environmental Health, in an email. “I need to submit information to my insurance company regarding the first required steps.”

Two-and-a-half hours later, Kakinami followed up to say he tried to help her get some of this information to provide to her insurance company.

“I looked up your property in the Accela database and found that there is a NOV stating unpermitted re-build of cabin,” he wrote. “I will need to talk to Tyson Green of Code Enforcement before I can provide you DEH clearances. Once I am able to obtain information regarding your property from Tyson, I will email you with steps needed.”

French says the Notice of Violation was obtained improperly while the previous homeowner was at a Buddhist center in Europe and believes it was placed on her file to obscure the sketchy permitting from the 1980s.

The Los Gatan reached out to the Code Enforcement division to find out about what the County was doing to ensure French didn’t miss the two-year deadline following the CZU storm, but had not received a response as of press time.

Kakinami got shut down by the County, too.

‘This does not change that I have submitted to you in writing on Aug 12, 2022 a Request under the California Public Records Act’

On Tuesday, at 8:13am, he delivered the bad news to French.

“After talking to Tyson Green with Code Enforcement it was determined that the home has been significantly altered without permits and the existing structure will need to have all unpermitted work legalized,” he said.

French replied a few hours later explaining that this fact is in dispute; she added she still wants to at least get what she can, for now.

“This does not change that I have submitted to you in writing on Aug 12, 2022 a Request under the California Public Records Act for Santa Clara County DEH information regarding septic clearances required for a permit issuance for repairs to a roof and exterior wall of a house damaged in the FEMA 4558-CZU Lighting Storm,” she wrote, adding she’d also asked for a copy of the septic permit and related documentation. “Please comply with this request ASAP!”

Kakinami told the Los Gatan, by telephone, homeowners frequently request information about their septic systems in order to make a repair plan with their insurance company.

He confirmed that Green refused to provide the information French is seeking.

Farmers Insurance is the firm that was providing coverage for French’s property at the time of the CZU Lightning Complex.

The Los Gatan reached out to Farmers, Monday, to see if the company was aware of the 69-year-old woman’s predicament.

Within 24 hours, a spokesperson responded to indicate they were reviewing the details.

“We are working with our customer to resolve her claim,” said Luis Sahagun, the company’s director of external communications.