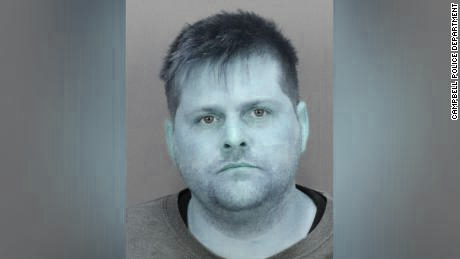 Jul 15, 2021—A 32-year-old Los Gatos man was arrested July 9 and charged with multiple felonies after Campbell police found him prowling outside of a business and then found a stash of weapons and a racist manifesto in his vehicle, Santa Clara County prosecutors said Thursday.

Wesley Charles Martines was arraigned Tuesday on the charges, which include possession of assault weapons, silencers, drugs and pipe bomb parts, according to the District Attorney’s Office.

Martines was arrested after the owner of a business called Campbell police July 9 shortly after midnight to report that he could see a man on his security camera looking into cars and a storage shed in the area of East Sunnyoaks Avenue, prosecutors said.

Officers responded and stopped a truck Martines was driving and found two AR-style rifles inside along with a Glock 9mm handgun and ammunition that had inscriptions on it like “Cop Killer,” “To a widow from the Grim Reaper” and “A Good Start,” as well as body armor, heroin and methamphetamine.

Prosecutors said a pipe bomb filled with pellets but no explosive materials was also found, along with a journal that had racist and anti-Semitic writings and a plan to go to a sporting goods store, dress up as an employee and tie everyone up inside.

“Once again, law enforcement saved lives before the blood and tears flowed,” District Attorney Jeff Rosen said in a news release. “All of us have a role in stopping the next mass shooting, suicide, or domestic violence murder. Please call law enforcement if you know that someone is armed and dangerous.”