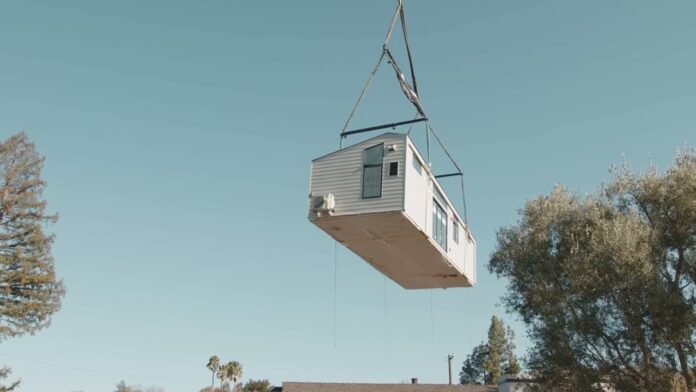 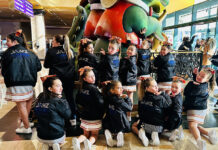 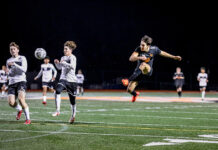 After Joe Sordi moved with his parents to Los Gatos from Washington D.C. at age 7, one of the first things the family did was install a pool.

Now, 50 years later, they’ve demolished it and plopped a small house—often referred to as a carriage house, granny flat or an accessory dwelling unit (ADU)—in its place, so he and his wife, Kelly Beck-Sordi, 54, can be within shouting distance of his dad.

“There’s things I’ll miss about the pool,” he said, recalling the times he’d splash around as a youngster with friends or relatives. “My parents didn’t use it a heck of a lot. It really became a maintenance burden.”

As Silicon Valley housing prices continue to skyrocket and California struggles to find ways to house all its residents, ADUs have emerged as one of the least-controversial and simplest solutions to the affordability crisis.

A series of laws have been passed by the State over the past couple years that are meant to make land easier to subdivide and homes, including ADUs, easier to build.

“It’s a common conversation among many people in the Bay Area about, how do we make this work?” Kelly says, thinking back to how they came up with the ADU idea. “But it’s—as we all know—dreadfully expensive.”

Luckily, Joe has a background in housing development and permitting, so he was pretty sure they could successfully manifest an ADU of their own.

“I was actually kind of excited about building a project from the ground-up,” he said, adding he knew there’d be challenges, too. “I think it’s a daunting task for anyone to build anything these days.”

The couple, who currently live in Campbell, turned to Abodu, a Redwood City-based ADU company; they liked the idea the business would be in charge of managing the process from end-to-end.

Kelly says she was sold on the carriage home concept right from the get-go.

“I very much liked the idea of it,” she said, adding the design piqued her fancy, too. “It’s very sleek. It has what many people would consider a Swedish styling to it.”

Even though the home is completely manufactured in another state, it doesn’t even look prefabricated, she says.

“It’s got a really lovely style to it, and a style that can grow,” she said. “You can put on a deck and other nice amenities.”

Unlike another oft-proposed solution to the affordability jam-up, tiny homes—which tend to be 400 square feet, or less—ADUs can be much bigger.

For Joe and Kelly, they settled on a model that’s a roomy 610 square feet, with the deck option adding about 300 square feet to the overall plan.

“We have this accordion door that opens up the whole living room,” Joe said. “You can really extend the livability.”

The whole process took less than a year to complete. After they decided to embark on the journey, in May or June 2021, their proposal made it through Los Gatos’ planning department in less than 30 days. But their ADU got a bit jammed up—for around five months—in the Building Division.

“I feel like the building permit process could have been smoother,” he said. “I think the Town needs to find a way to make it easier to build them.”

He wasn’t thrilled the Santa Clara County Fire Department made them install $12,000-worth of fire sprinklers, particularly since his dad’s old house doesn’t even have any.

But, he says, it was better than the other option—to pay around $35,000 for a new hydrant.

They also faced extra delays due to supply chain issues.

And while paying one-third above purchase price may seem like a significant additional cost, it’s still far below most Los Gatos asking prices, Joe says, noting it was essentially in line with what he’d anticipated.

“There wasn’t anything that was truly extraordinary,” he said. “But I’m also in the industry.”

Kelly says Abodu reps were true to their word and stayed in frequent contact throughout the whole process.

“We were very nervous,” she said. “All the kudos to Abodu.”

“The single-family properties have quite a bit of land associated with them,” he said. “Los Gatos is just at the early stages of seeing ADU adoption.”

He says Abodu is working with the Town to see if they can streamline the ADU process, particularly since their manufactured homes have standardized plans. San Jose, Cupertino and Palo Alto have already made strides in this direction. But he says Los Gatos seems keen to follow suit.

“The Town’s commitment to adding ADUs is quite clear,” he said, adding America is taking cues from its northern neighbors. “The city of Vancouver really led the way.”

On Jan. 26, when it came time for the giant crane to arrive and deposit Kelly and Joe’s new domicile, several company reps showed up, too—including Geary.

The couple set out lemon bars, and their new neighbors appeared with lawn chairs to get in on the action. The house was fastened to the foundation and they broke out the champagne.

“It’s a full-day affair,” Kelly said. “We had friends come from near and far in the Bay Area.”

“I really value the opportunity to hear from my elders,” Kelly said. “I just like having coffee with him, and he’ll tell me stories.”

Joe says he’s excited to help take away some of the loneliness for his father that inevitably creeps up every now and again.

“I think we’re intended to live closer together,” he said. “It just enhances and enriches everybody’s life.”