Dean Belshaw passed away at home surrounded by his loved ones on August 6, 2021 at the age of 53 after a heroic battle with brain cancer. Dean was born in Nottingham, England on April 5, 1968 to Carol and Brian Belshaw.

An avid golfer, Dean was a devoted husband, father, son, brother, friend and colleague. He loved sports; competitive by nature, he was athletic his whole life. His favorite football club was Manchester United.
He started his career in IT consulting and soon moved into management. He met his wife Dagmar working at NCR in Germany and they moved together to the US for work. In 1998 they settled in Northern California’s Bay Area, where their daughter Natasha and son David were born.

After a long career with Hitachi Data Systems, he moved to work for FireEye in 2017.
Dean is survived by his beloved wife of 24 years, Dagmar, his daughter Natasha and son David, his mother Carol, sister Debbie Kevan and family, and best walking companion, Buddy.

He is predeceased by his father Brian. His fun-loving personality and sharp wit will be missed by all who knew him.

A celebration of life was held at Darling & Fischer in Los Gatos on Friday, August 20, 2021. 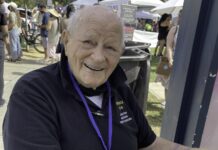 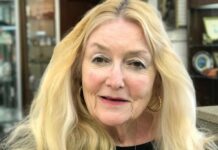 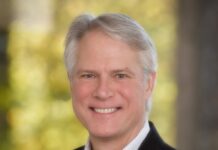